How Being Desperate for Relief From Hidradenitis Suppurativa Ruined My Womanhood 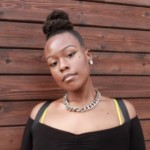 Living with hidradenitis suppurativa whether you identify as male or female is utterly atrocious. While some patients do experience varying degrees of the condition, the same pain, drainage, smell, open wounds, and shotgun to the self-esteem happens to everyone. The chronic skin condition is no respecter of persons.

As a Black queer woman from a middle-class family in Michigan, I have to admit I’ve always had access to great healthcare, which made dealing with this chronic skin condition a little bit easier. I could afford to go to specialists, enter into clinical trials, get surgeries, and see my dermatologist for lancing without fear of medical debt. But with all this access, there was still a wave of disappointment that followed.

Like many patients, I was desperate for relief. Since middle school, I have had an aggressive form of HS classified as Hurley Stage III. It presented as boils and cysts under my breasts and armpits, and on my buttocks, groin, thighs, back, and sides. In 2012, I revamped my lifestyle and slowly but surely became a vegan over the course of two years. In 2014, I lost 150+ lbs and was in remission. Even though the frequent boils stopped, I was still left with some open wounds and a bevy of scar tissue.

I brought my concerns to my dermatologist at the time and he told me about a urologist that might be able to work with a team of plastic surgeons to perform a groin reconstruction. They would essentially take out the diseased skin so healthier skin could grow. They said the procedure could also lower the chances of recurrence for some patients.

I was immediately on board and began fantasizing about what that type of freedom would be like for a woman like me. How much more confident would I be with a brand new vagina? So, I went for the consultation and then discussed booking a surgery date. The urologist essentially said the procedure involved cutting out the diseased tissue and then pinching the skin together and sewing it rather than leaving the wound open to heal on its own as I’ve gotten for a laser surgery called CO2.

Red flags began to pop up

I was curious about what that would mean for heavily diseased areas like my left labia where my thigh was affected. He assured me any areas like that might involve a skin graft but they would do what was necessary. That was the first red flag. The second was when he told me he’d only performed this surgery on one other woman. He mostly worked with men. The third red flag is that I didn’t go back to my dermatologist to discuss the consultation to get everyone’s final say.

I booked the surgery. It was all I could think of leading up to it. On the day of the surgery, they called my dermatologist just to approve some last-minute concerns and he asked to speak with me. He had no idea what I was going through with the surgery and asked me if I was sure I wanted to get it done before talking it over. I said I was sure this is what I wanted to do. With that being said, they put me under.

Not the results I was expecting

When I woke up I was excited to see the results. I just knew it was going to be beautiful. Of course, I would never be “normal” again, but I was excited about this new chapter post-reconstruction. After a few hours of me in and out of sleep, it was time to change my bandages. When I saw my vagina my heart broke into two. I still remember the devastation. My thigh was sewn to my labia. I was beyond confused because the surgeon said he would skin graft any severely diseased areas.

The nurse assured me the doctor would be in soon to go over the surgery. When I brought up my concerns he essentially said that the skin graft would’ve been too much surgery so they elected to stitch the skin together. I didn’t realize how much this decision would affect my everyday life as a woman until I was fully healed. When I put on my first pair of underwear is when my reality fully set in.

This article represents the opinions, thoughts, and experiences of the author; none of this content has been paid for by any advertiser. The HSDisease.com team does not recommend or endorse any products or treatments discussed herein. Learn more about how we maintain editorial integrity here.