Why Do Bumps And Boils Form in Hidradenitis Suppurativa?

Hidradenitis suppurativa, or HS, is a chronic inflammatory skin disease. It causes pain, appearance, and odor that can have serious effects on quality of life.1

The role of hair follicles in HS 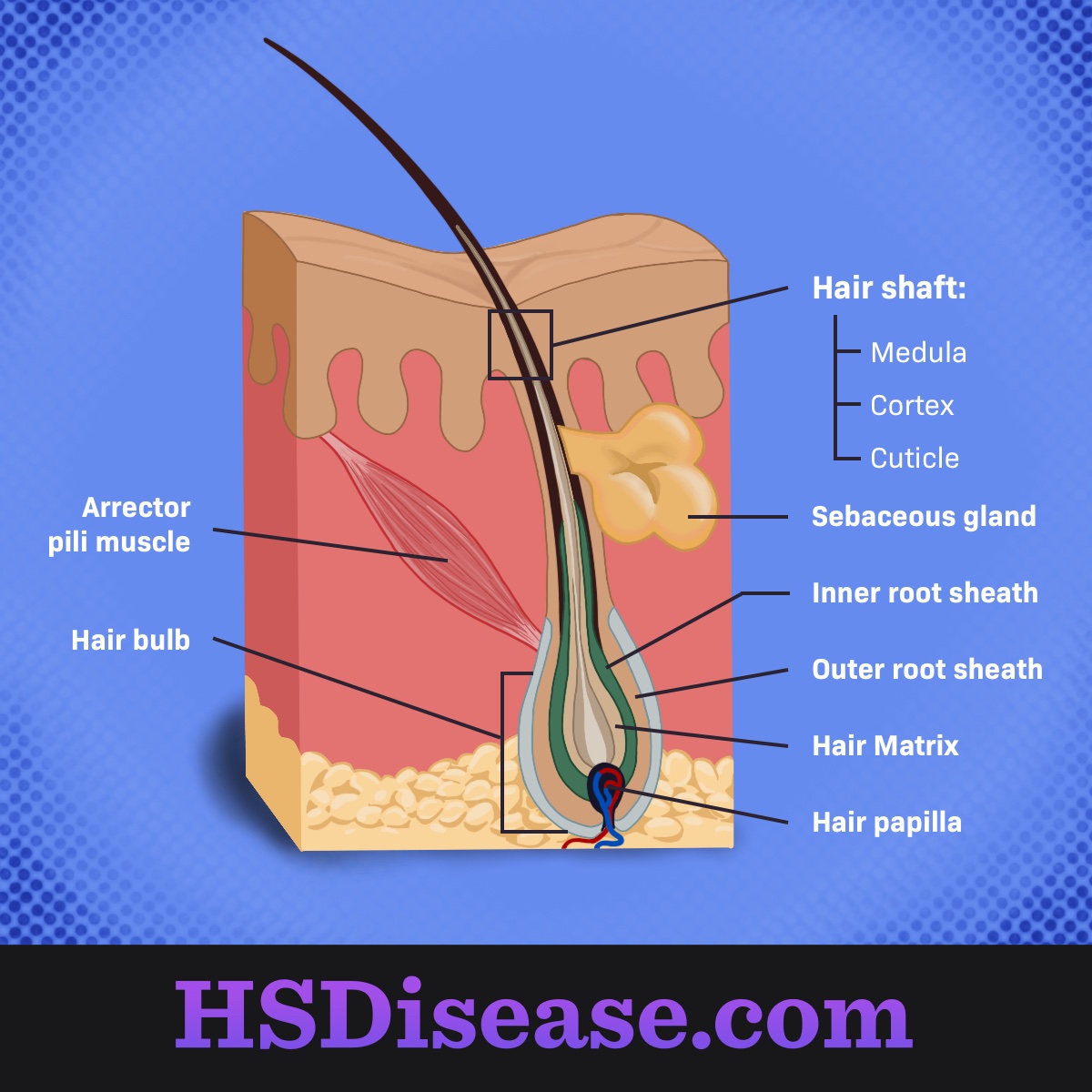 Cells in the hair bulb produce keratin, a tough protein, which forms a hair. As new cells form in the hair bulb, they push the hair shaft through the follicle to the surface of the skin. The hair cells that can be seen above the surface are dead. This is why cutting your hair is painless. The hairs eventually are shed and replaced by new hair.3

The hair follicle is attached to a sebaceous gland, which produces sebum, an oil that protects the hair and skin.4

Researchers do not know exactly how HS develops. Most believe that a hair follicle is blocked by keratosis, a waxy, scaly skin growth, in the upper part of the follicle, and by an increase in cells in the outer layer of the follicle.2,5

Clogged hair follicles cause small bumps. The bumps may be:2

Eventually, the follicles burst, causing painful, deep lumps or abscesses. By this time, the cells and tissue that blocked the follicles have attracted bacteria and produced pus and odor. When the pus spills out into the dermis, it causes inflammation.2

As the disease gets worse, the process repeats again and again. It causes sinus tracts, which are narrow tunnels extending under your skin from a wound, to form. The wounds can sometimes leave permanent scars as they heal. 2,5

In areas of previous flares, “tombstone comedones” are common. These are blocked hair follicles that have become shallow and always remain open. Up to half of people with HS have comedones in permanently dilated pores, where keratin continues to build up. The comedones may appear with small, shallow sinus tracts.6,7 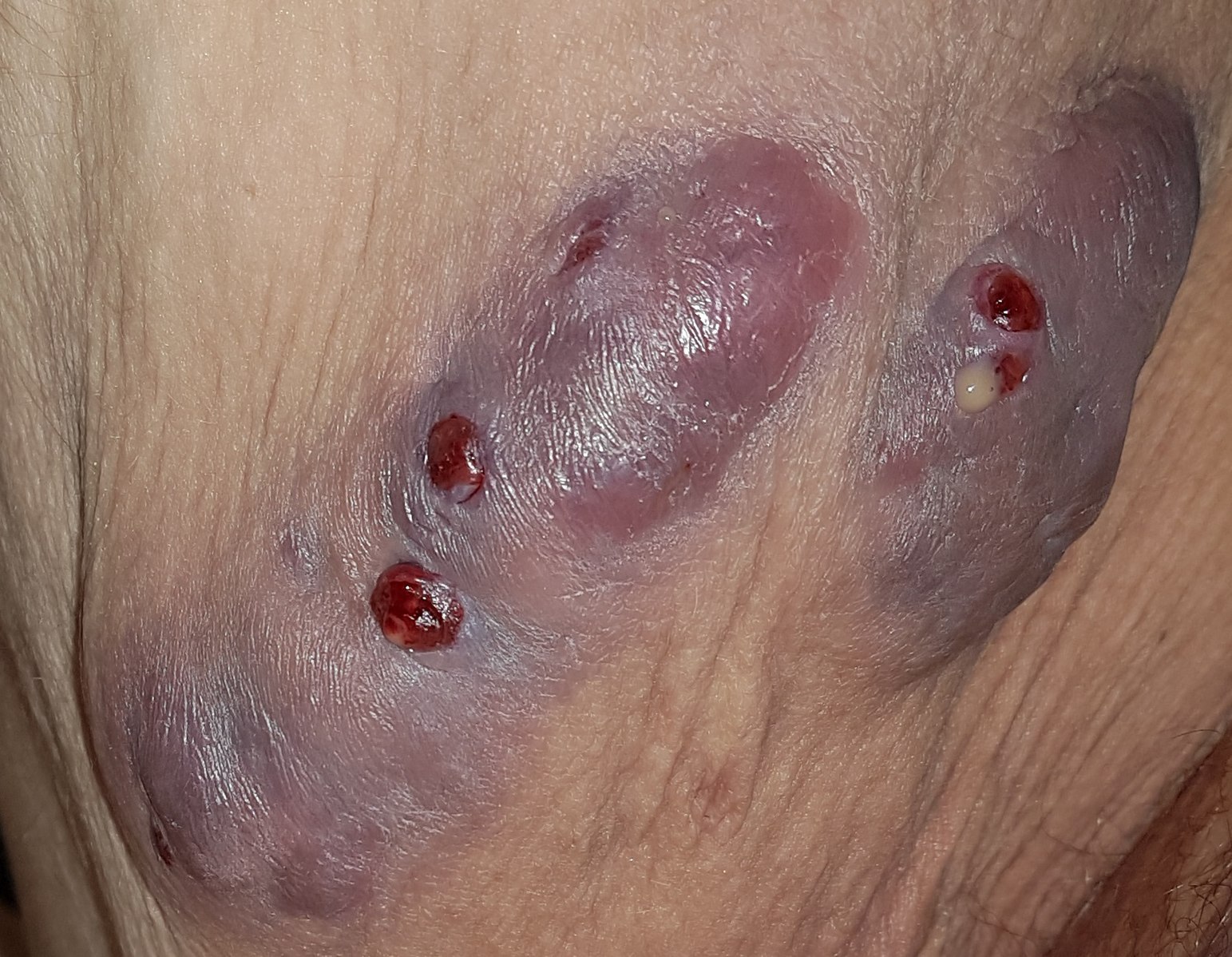 After HS begins, bacteria can build biofilms. These are groups of bacteria that stick to each other and attach to surfaces of hair follicles and sinus tracts. These infections cause chronic inflammation and worsen the disease, leading to larger wounds and more pus. The bacteria are hard to get rid of.2,5

What HS is not

Doctors think HS is an inflammatory condition that happens when your immune system does not function properly. It often occurs along with an autoimmune disease, in which the body attacks and damages its own tissues. But HS itself is not considered an autoimmune disease.8

There are a number of factors that contribute to HS, including:6,10

What Is the Connection Between Hidradenitis Suppurativa and Polycystic Ovary Syndrome?