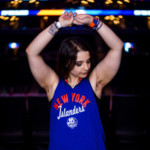 The Tale of a Walk-In Medical Clinic

There’s an episode of Bob’s Burgers where Linda says, “I hate this rash, Bobby. It’s turning me into a monster!” And then Bob replies, “You’re not a monster, Lin. Your armpits have monster qualities.”

As someone with the autoimmune disease Hidradenitis Suppurativa, this speaks volumes to me. For those that don’t know, Hidradenitis Suppurativa (HS for short) is an autoimmune disease where lumps, boils, and cysts form in areas of the body. These lumps can be excruciatingly painful and there’s no “one-rule-fits-all,” so people get them in a variety of areas, including under the armpits or breasts, around the stomach or groin, near the buttocks, clitoris, or scrotum, or really anywhere there’s hair follicles or skin rubbing together.

I’ve been suffering from this disease since I was in high school, but had no idea what it was until I was in my 20s. Up until my first surgery for it when I was 22 years old, I was told these boils were ingrown hairs, that I was unhygienic, or that I wasn’t changing my razorblades enough. I’m going to share my diagnosis story not only in hopes of helping those that think they might be suffering from this disease but also to help raise awareness for it. Someone you know might be suffering from it, and knowing about it can help save them from many years of wonder, torture, and pain. I went over 4 years without knowing what it was, and I hope to make this disease so known that that never happens again to anyone.

While I started getting boils (I’m going to refer to them as flares) in my groin when I was in 10th grade, my groin gradually started taking the backseat while my armpits started flourishing into the glorious monsters I now know and (*cough* don’t *cough*) love. I initially thought of these flares as just regular pimples caused by acne, but that changed when I became 19 years old.

“Maybe it was more than just acne”

At 19 when the flares started not going away but instead getting bigger, I knew that something was wrong and maybe it was more than just acne. I had a huge flare in my right armpit and it was becoming way too painful to move my arm, so my mom took me to a walk-in emergency first med clinic. They didn’t numb my armpit enough before trying to lance, drain, and pack the flare with a shoelace-like gauze and I felt everything. I felt every cut, every push, and every squeeze, and left the place hysterical and covered in blood and pus (the lovely inside contents of the flare). They said they were going to check for MRSA and it was probably just an ingrown hair that became very infected. A few days later, I got the call that I tested negative for MRSA. While that’s all fine and dandy, I now had no answers as to why my armpit got boils that became so painfully swollen with an infection in the first place.

That horrible experience at the walk-in clinic left me not wanting to see a doctor for my flares ever again. The experience left me physically scarred, emotionally wounded, and scared of doctors. I had never felt anything so painful in my life, and I didn’t even know what caused the need for the procedure in the first place. In my silly head, dealing with the pain of the flare was better than going through the pain of the procedure. A few weeks after my walk-in visit, I still continued to get new flares under my armpits. I lived with these flares for 3 years without seeing another medical professional for them. Waiting and not seeing anyone about it was the absolute worst thing I could’ve ever done…

This article represents the opinions, thoughts, and experiences of the author; none of this content has been paid for by any advertiser. The HSDisease.com team does not recommend or endorse any products or treatments discussed herein. Learn more about how we maintain editorial integrity here.